How do I use correct punctuation when I write my research paper in English?

Using punctuation in English-language academic writing is important to help ensure that your intended meaning is conveyed as clearly as possible. In addition, using punctuation correctly gives readers (including journal editors) a good impression of the quality of the paper, which can affect the perception of the quality of a study. In this post, we will talk about some of the common mistakes and misunderstandings around punctuation in English paper writing and how to avoid them.

How do I use apostrophes correctly?

One of the more challenging punctuation marks to use correctly, for native English speakers as well as researchers using English as a foreign language, is the apostrophe. Most of the confusion comes from the fact that the apostrophe has two main uses: to indicate possession, and as part of a contraction. The clearest example of this difference is its vs it’s. The first example, its, is a possessive word (e.g. ‘its length was 2 cm’). In contrast, it’s is a contraction in which the apostrophe replaces the letter i: it is becomes it’s (e.g. ‘it’s 2 cm in length’). Where this gets confusing is that possessives with proper nouns use an apostrophe, unlike the possessive form its. For example, ‘Yi-Chen’s paper is interesting, but its [the paper’s] figures are hard to interpret.’ Note that, in this sentence, an s is added to both ‘Yi-Chen’ and ‘it’, but an apostrophe is only used with the proper name, ‘Yi-Chen’.

Another slightly tricky nuance is adding a possessive s to words that already end in s. In the case of proper names or nouns that end in s, it is appropriate to add either ’s or simply ’. For example: ‘Tomas’s theory was elegant’ and ‘Tomas’ theory was elegant’ are both correct. However, if the proper noun is already plural, the only correct option is to add an apostrophe, as follows: ‘the columns’ lengths were 30 cm’ (‘the columns’s lengths were 30 cm’ is incorrect).

How do I use parentheses correctly?

Parentheses are frequently used in academic writing to cite references, provide additional information, define abbreviations, and more. The most important rule to remember with parentheses is that they always come in pairs: every opening parenthesis ( must be accompanied by a closing parenthesis ) .

How do I use commas correctly?

The correct usage of commas can be difficult to achieve, even for native speakers, because there are several different conventions for comma use that can vary depending on context and also between UK and US conventions. Rather than covering all possible situations and exceptions, here we will focus primarily on common errors in comma usage in scientific writing.

Because a comma can indicate a pause, it is always used after introductory words like ‘however’, ‘furthermore’, ‘interestingly’, and so on. Inserting a comma after these words creates a slight suspense that signals the reader should pay close attention to the information that follows. As an example, after describing the results from an experiment, the phrase ‘Importantly,…’ indicates that the information that follows will highlight a particularly important or interesting aspect of the findings, and the comma helps set this information apart from the rest of the text.

In complex lists, semicolons can be used in the place of commas. This is relatively uncommon, but can be a helpful approach to clarify the meaning of a sentence that contains a substantial amount of information. For example, if only commas were used in the following sentences, readers could find it challenging to understand which items belonged to which list: ‘This system can be used for patients with cancer, such as lung cancer, brain cancer, or ovarian cancer; metabolic disorders including diabetes, hypercholesterolemia, and porphyria; and autoimmune disorders.’

How do I use spacing correctly?

Spaces are not technically punctuation marks, but are subject to the same types of rules and conventions. It is standard to include a single space between words. When it comes to sentences, however, inserting either one or two spaces after a full stop is correct. The important thing is to be consistent throughout the document: you can use either one space or two spaces between sentences, but it is incorrect to use a mixture throughout a single text.

Another area where it is important to be consistent with spacing is before and after mathematical symbols. It is correct to either include or omit a space both before and after these symbols, but it is not appropriate to mix these styles in a single document. So, for example, if a p-value is expressed as ‘p<0.05’ in the abstract of a paper, it would be incorrect to report subsequent p-values as ‘p = 0.013’. Aesthetically, it is generally recommended to use the same spacing convention both before and after symbols, as it looks more balanced, e.g. ‘p < 0.01’ instead of ‘p< 0.01’.

A single space should always be included between a number and a unit of measurement, e.g. ‘5 uM’ (‘5uM’ is incorrect). The only exception to this rule is when the measurement is used as an adjective, for example if describing a ‘10-kDa protein’, in which case a hyphen is inserted where the space would normally go to indicate that the phrase ‘10-kDa’ is an adjective describing the noun ‘protein’.

Finally, a single space is typically included both before and after parentheses in the middle of a sentence, e.g. ‘the control group (which was recruited first) was larger’. A space is not included after a parenthesis at the end of a sentence, e.g. ‘…unlike the control group (which was recruited first).’ One possible exception to this convention is the reference formatting instructions for some journals; some reference styles require a parenthetical reference to immediately follow the last word in a sentence, with no intervening space (e.g. ‘…according to Hiyaki et al.(2002).’). This is fairly uncommon, and will be clarified in the author guidelines if it applies to your target journal.

How do I use special symbols correctly?

Special symbols, such as Greek symbols, should be inserted using the symbol menu in Microsoft Word, and in most cases should be formatted in the same font as the rest of the text to avoid discrepancies in size, appearance, and/or line spacing. This is especially true for the degree symbol, which authors are often tempted to imitate, for example by using a lowercase o and putting it in superscript. If you are unsure how to find the symbol browser tool in your version of Word, we recommend using the Help feature to find this, as it is a very useful tool for inserting special symbols accurately. For frequently used symbols, you may even want to define a keyboard shortcut so you can insert them easily while writing.

In summary, using punctuation correctly in English-language academic paper writing can help convey your meaning clearly and present a polished paper to journal editors and other readers. 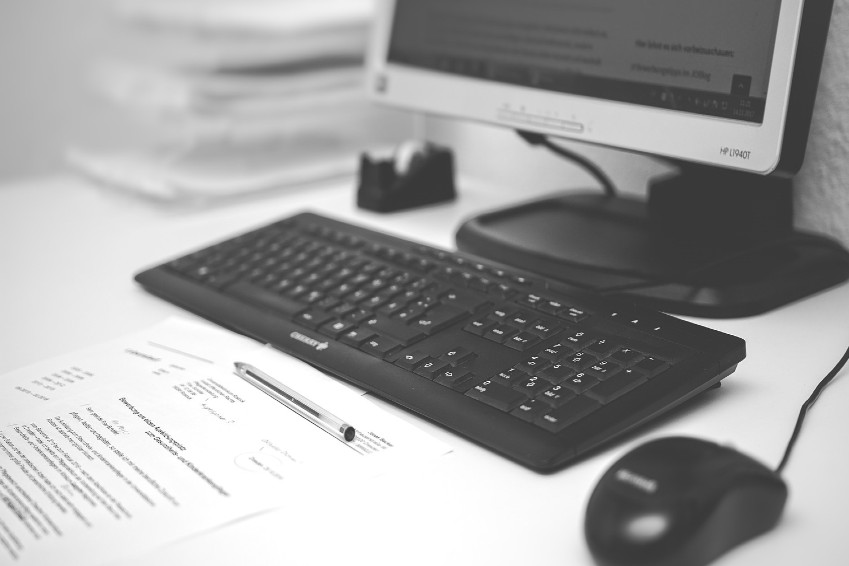 What to pay attention to when submitting your article

Bitesize Webinar: How to write and structure your academic article for publication - Module 2: Select an appropriate journal

Bitesize Webinar: How to write and structure your academic article for publication- Module 3: Understand the structure of an academic paper 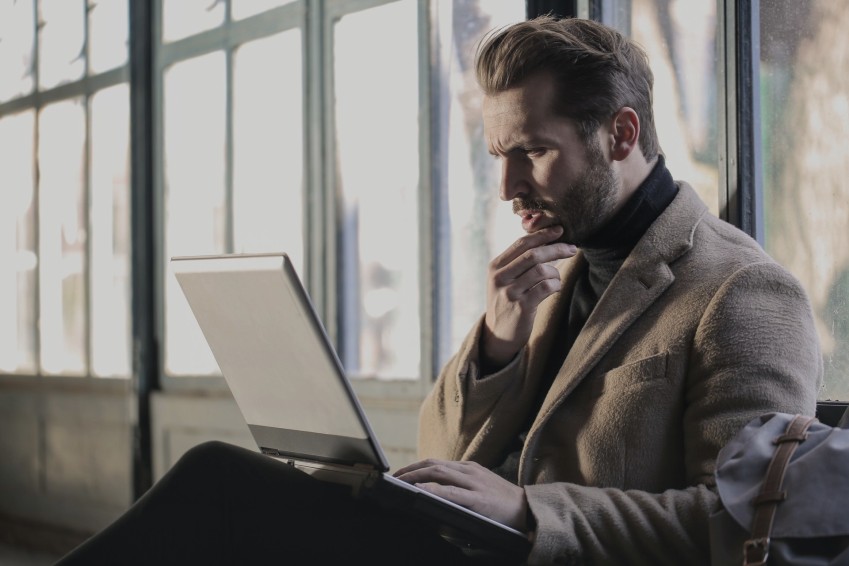 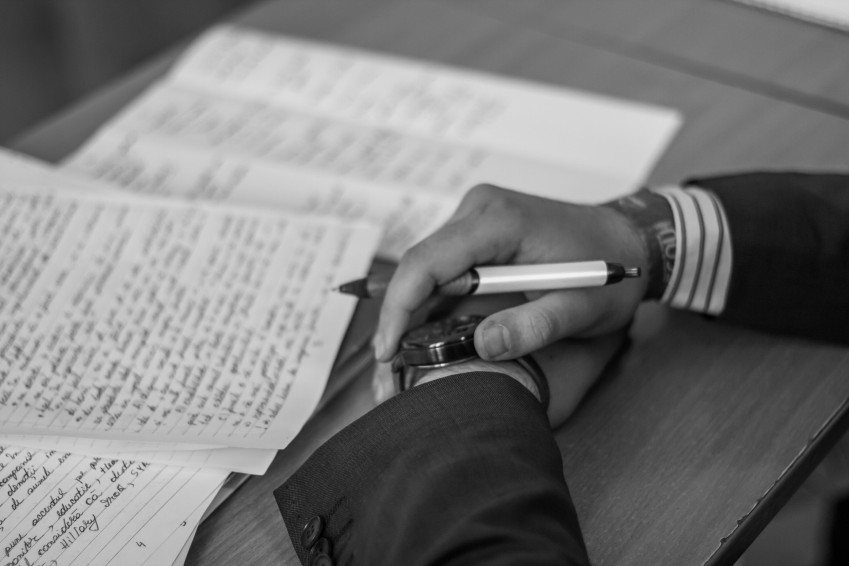 How can I reach the level of academic writing needed for a PhD?